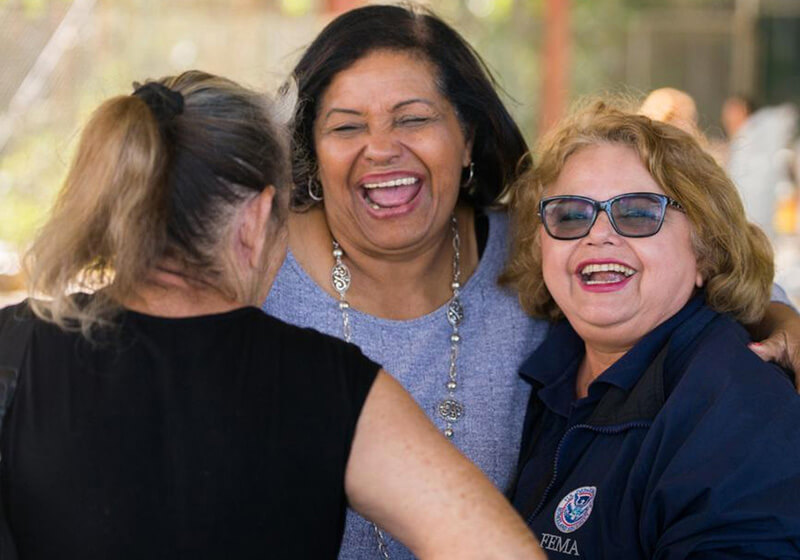 FEMA & Vera Clemente with Survivors
Vera Clemente and FEMA staff share a laugh with a survivor. In this event, the Roberto Clemente Foundation gave 200 pairs of sneakers to kids in the remote town of Castañer in Lares, Puerto Rico.
NEXT 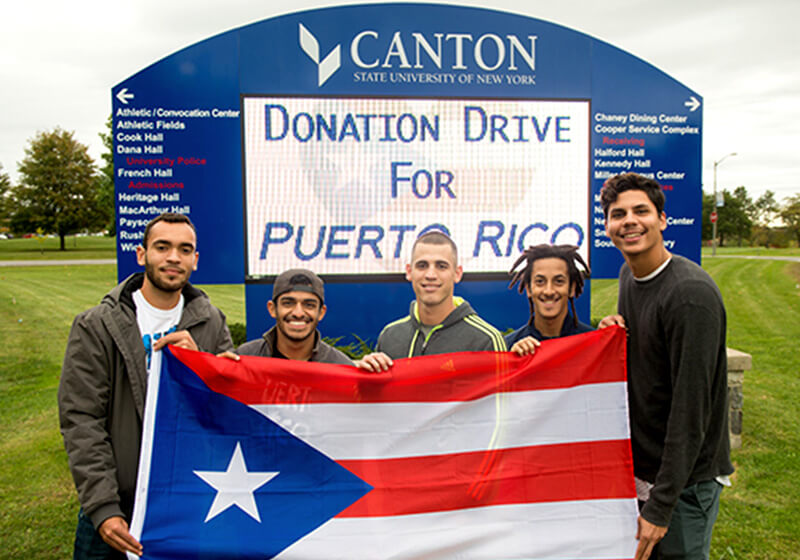 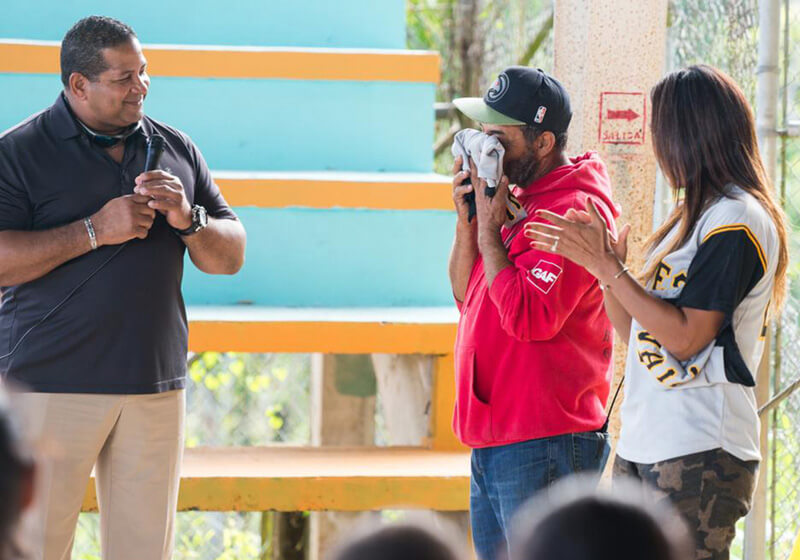 Clemente Gives Baseball Jersey To Survivor
Luis listens to Julio Serranos' story on how Roberto brought baseball to him when he was just a kid, then gives him a 21 Pirates Jersey which he kisses. At this event, the Foundation gave 200 pairs of sneakers to kids in the remote town of Castañer
NEXT 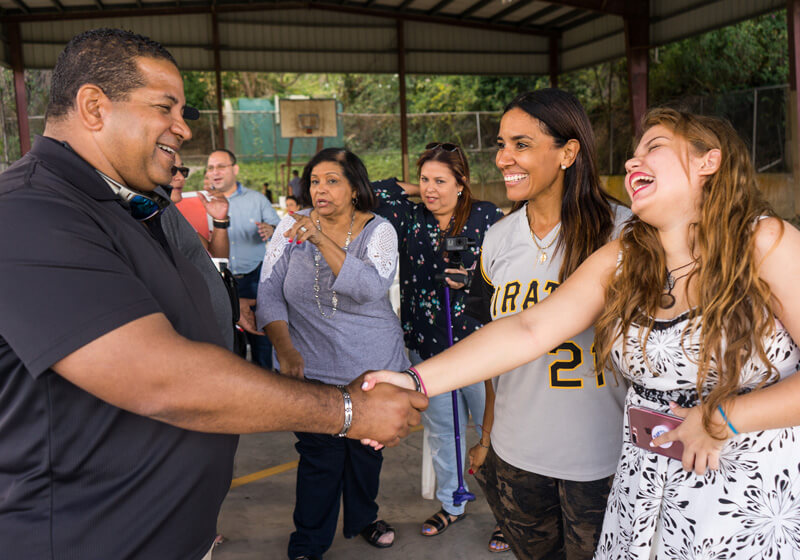 Krystal Mendez Meets Luis at Castañer
Luis Clemente shakes the hand of Krystal Mendez, a survivor who turned 15 during the hurricane and was visited by local actors to celebrate her birthday. At this event, the Foundation gave 200 pairs of sneakers to kids in the remote town of Castañer in Lares.
NEXT 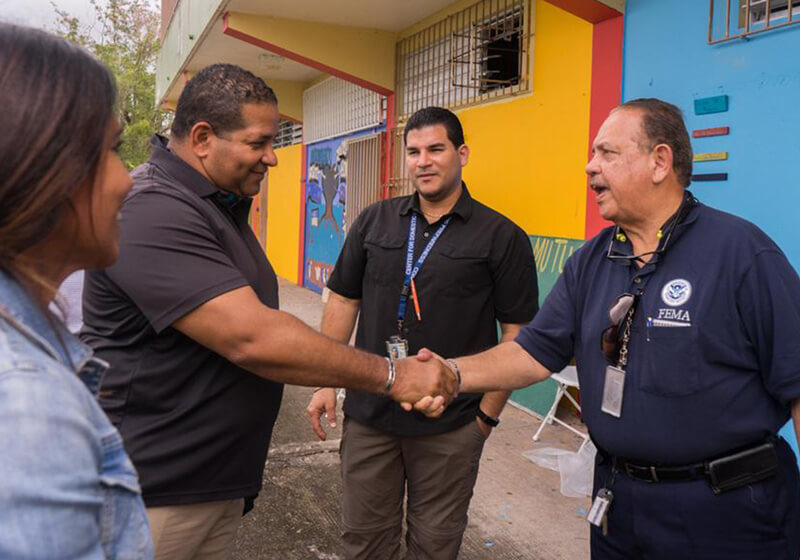 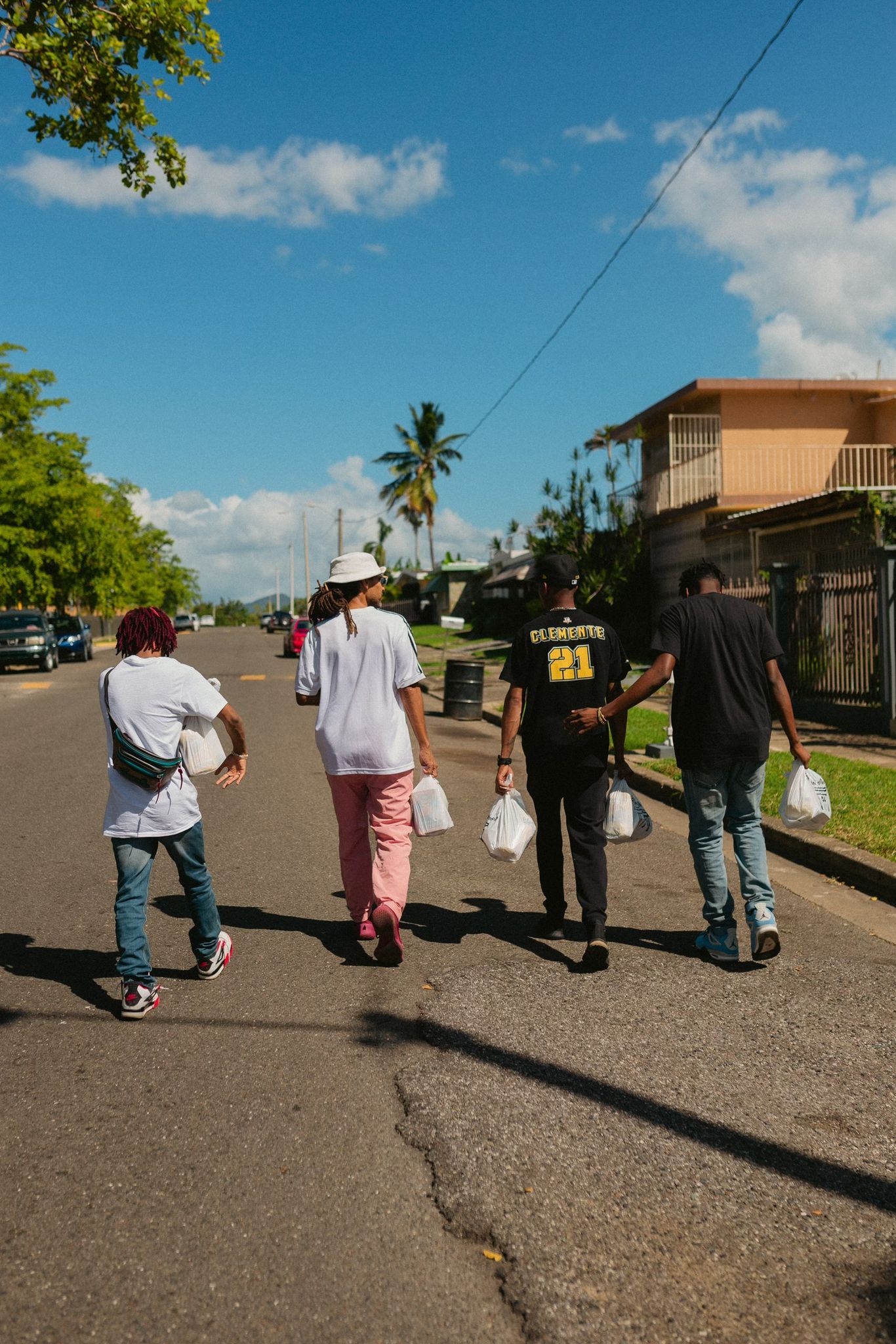 The Roberto Clemente Foundation delivering food
The team hand delivering hot meals to families in Puerto Rico who are without electricity after Hurricane Fiona.
NEXT 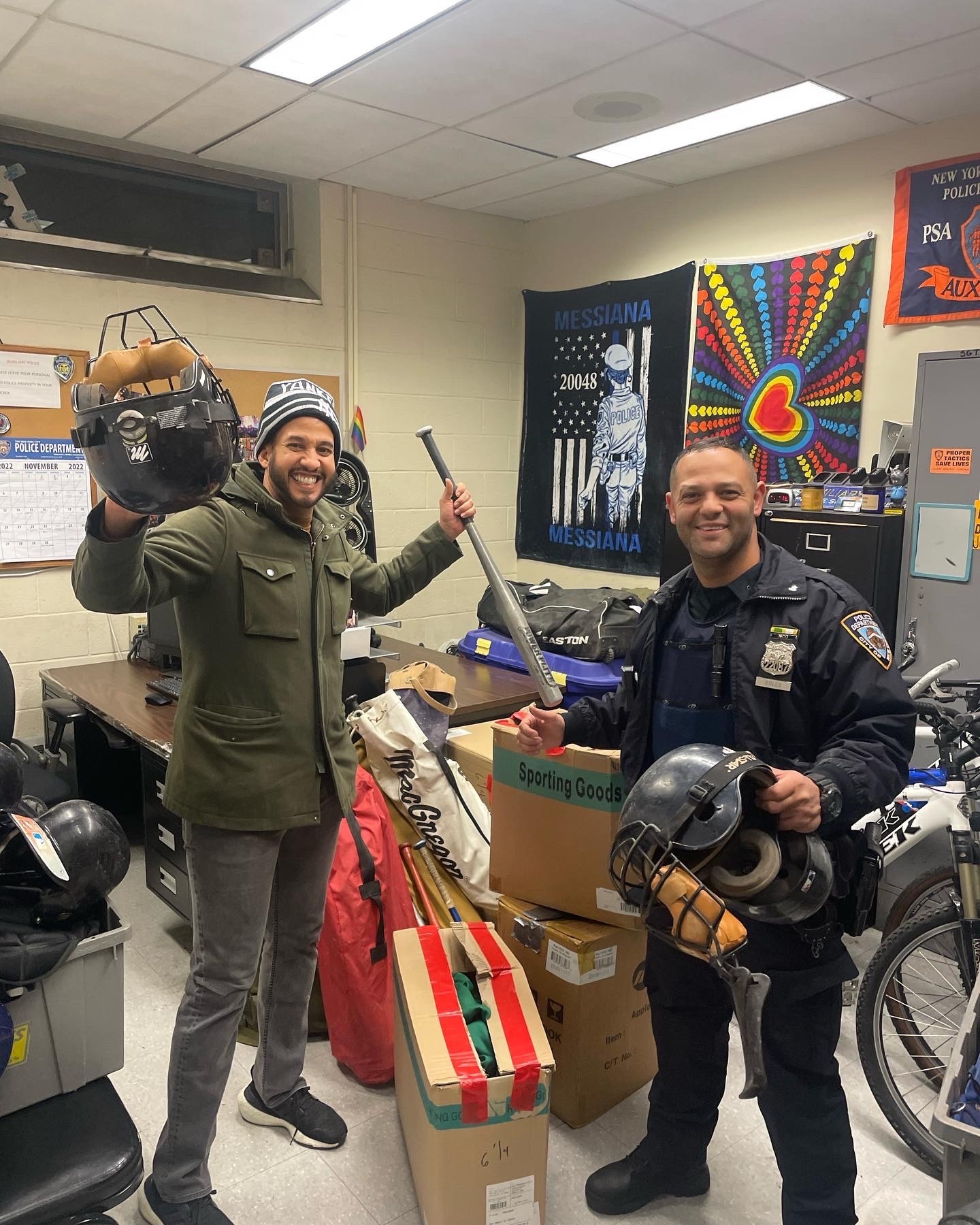 Donated Sports Equipment 2022
The Roberto Clemente Foundation donated 20 boxes of baseball equipment to the LES Sports Academy RBI for a give away in the youth in the Dominican Republic.
NEXT 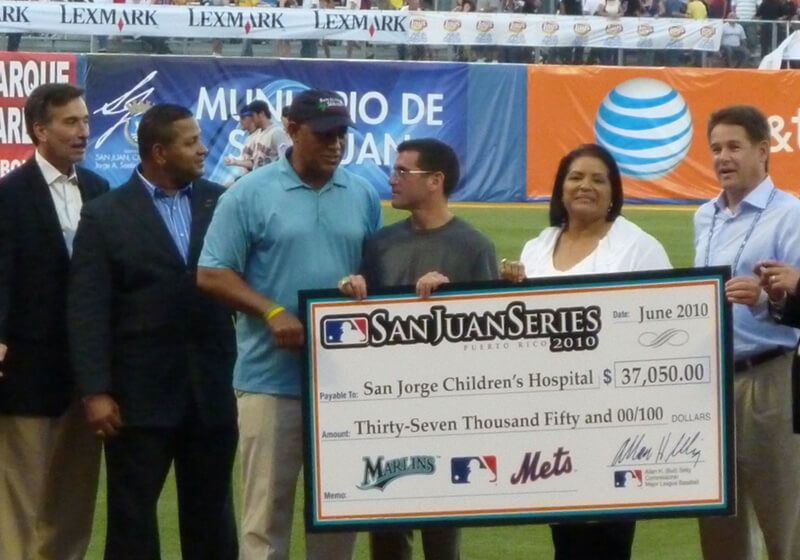 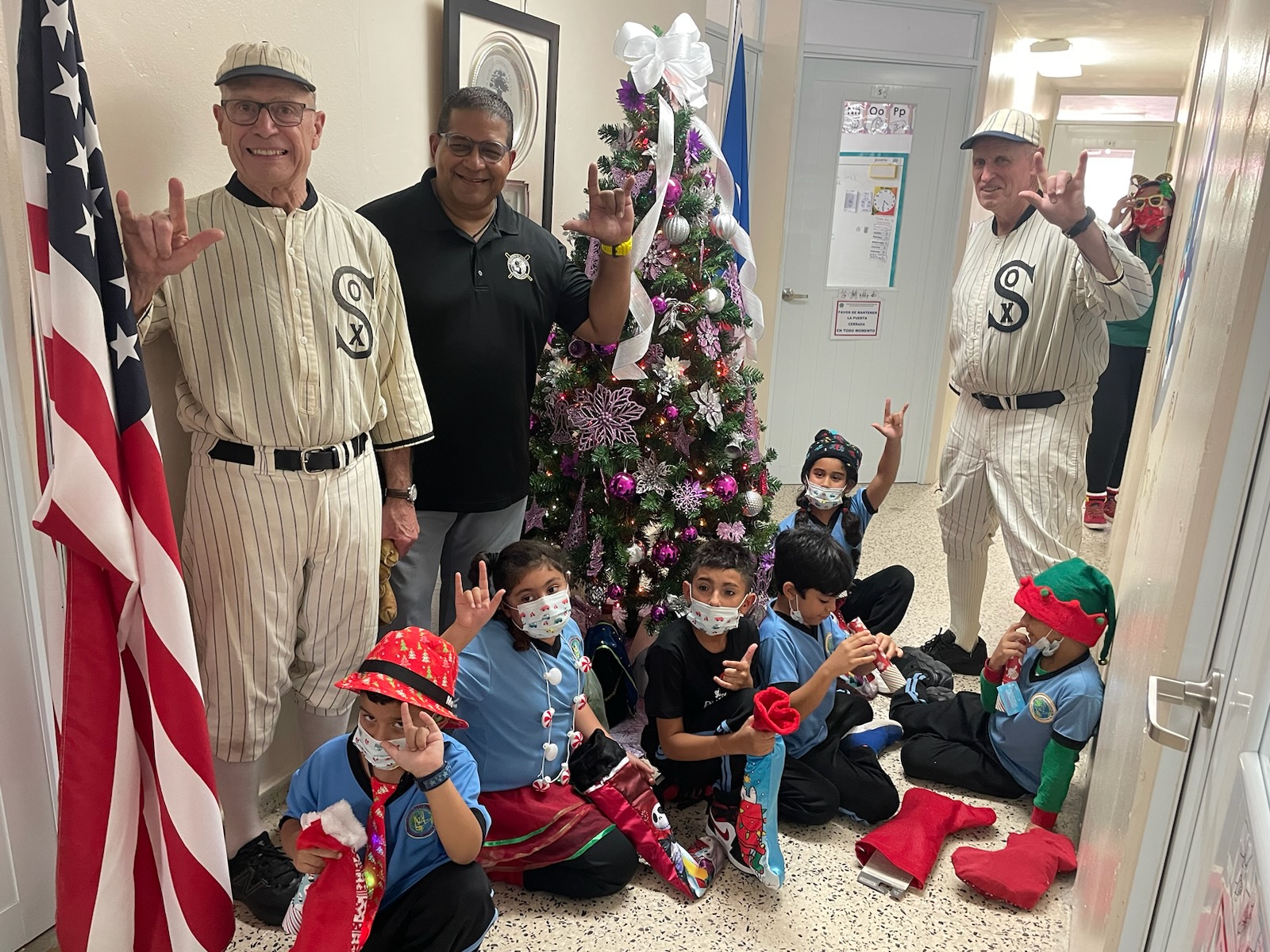 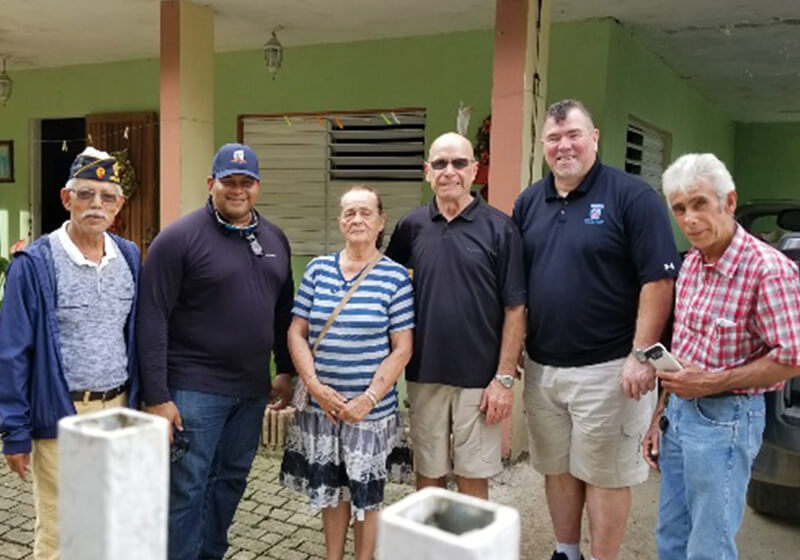 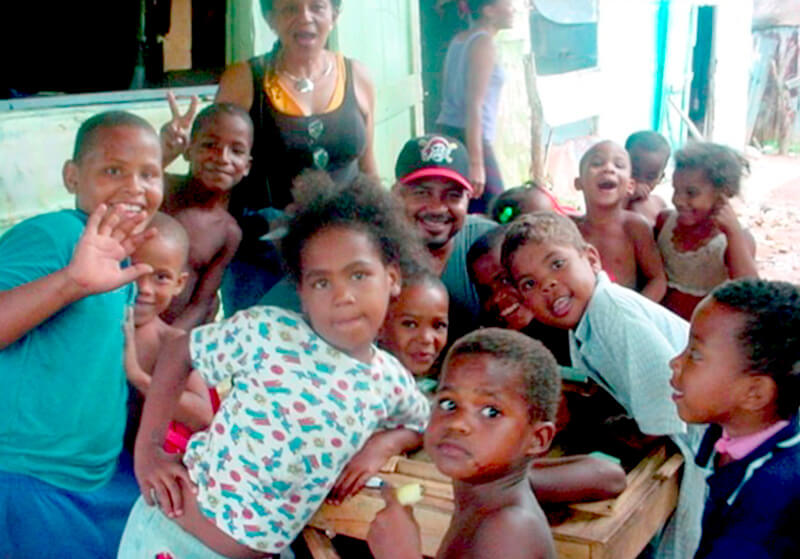 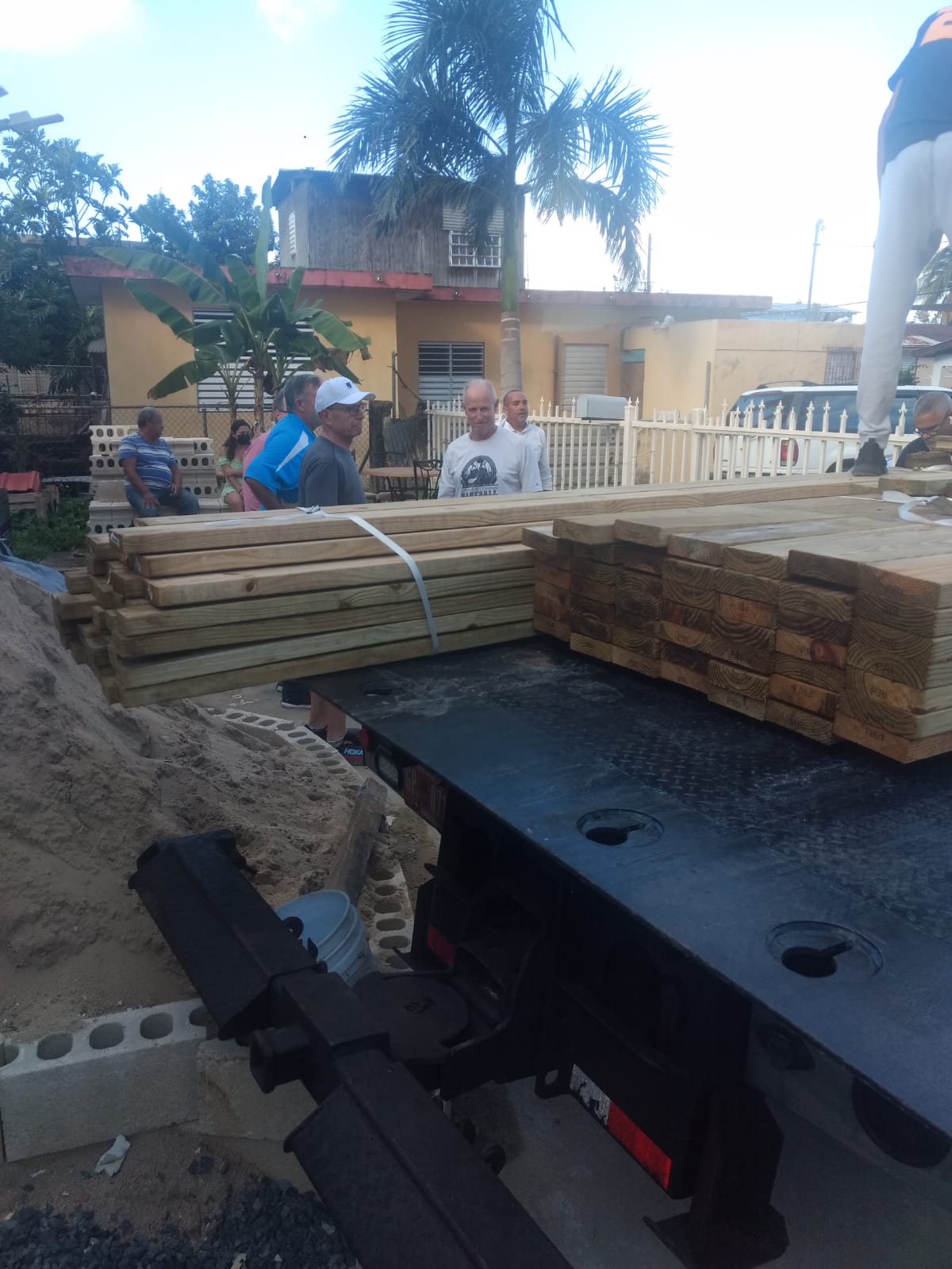 Delivery of Roofing Materials
The Foundation provided roofing materials for housing repairs after Hurricane Fiona in 2022.
NEXT 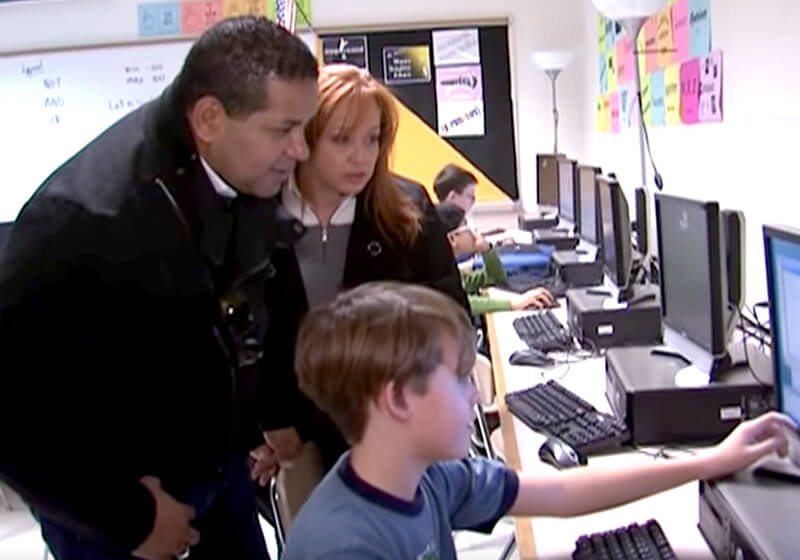 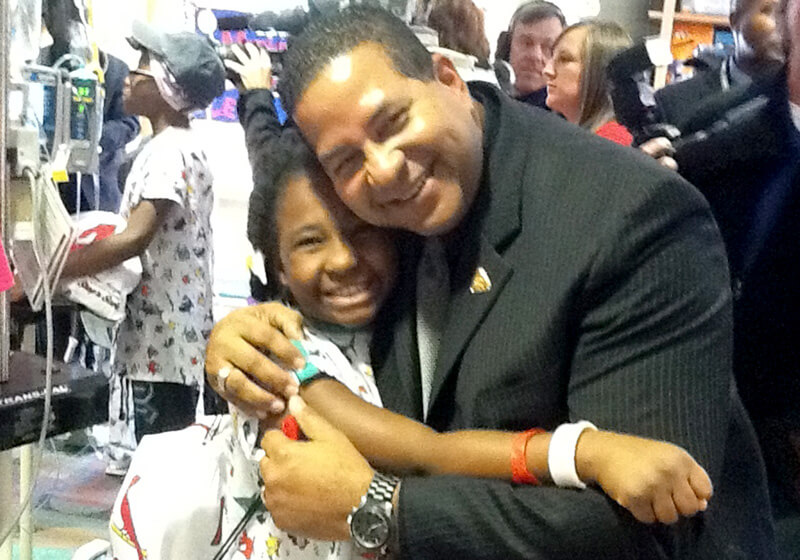 community outreach
with a servant's heart

However, it wasn’t all about the records broken and games won, it was about service to humanity. Roberto once said that he wanted “to be remembered as a ballplayer who gave all he had to give.” His statement wasn’t specific to baseball. Roberto considered himself, first and foremost, a servant to the people who needed him.

When the earthquake hit Nicaragua in December 1972, Roberto managed to make contact with a man in Managua to take stock of the damages and what was needed in the country. They needed everything, of course. The next week was spent making announcements and organizing collections of aid supplies from all over the island.

He made a guest appearance on a popular game show with the great singer and future senator Ruth Fernandez, commending the island’s youth for their help and asking for further donations. One of the collection centers was Hiram Bithorn Stadium, where he played often as a youngster. They collected several tons of supplies and more than $100,000 for the effort.

Of course, we all know what happened next. The plane was a compromised DC-7 bought off a dingy lot in Miami, and the owner was a loose cannon with a history of defying air safety regulations. The plane barely cleared the palm trees at the edge of the runway and disappeared some miles north of Los Piñones beach. Losing Roberto was a tragedy that shook the island and world. But, he left us with his mission as a legacy for all generations. He said it best himself:

“If you have an opportunity to accomplish something that will make things better for someone coming behind you, and you don’t do that, you are wasting your time on this earth.”

Join us today as we bring the Roberto Clemente Foundation into the future. Our commitment to “building nations of good” has sustained this organization and will mark our efforts going forward as well. With your help, we can spread Roberto’s legacy of faith, love, and service to thousands of needy people all over the world. Our focus is on relief efforts for areas stricken by recent disasters and long-term poverty.

RCF responds to disasters like hurricanes, earthquakes, etc. We rely on partnership with people like you that loved Roberto and what he stood for.